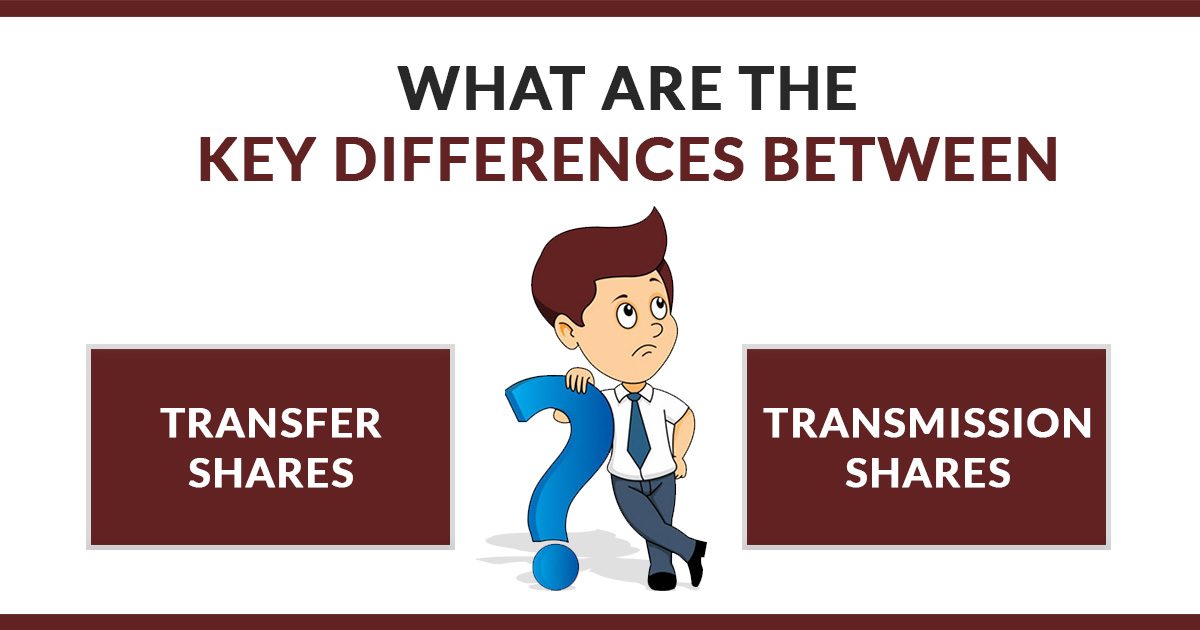 The transfer is something where an asset is being moved. This movement can be a physical movement of an asset and/or movement in the ownership of the title of the asset. Now in the case of securities, it can be voluntary or operational by law. The transfer of shares is a voluntary act that can be initiated by the shareholder and it takes palace by process of the contract.

What does Transfer of Shares Means?

What does Transmission of Shares Means?

While we are talking about Transfer and Transmission of Securities let’s take a look at concerning provisions.

This will come into action only when a proper instrument of transfer, in Form SH-4, as addressed in sub-rule 1 of Rule 11 (Share Capital and Debentures) of Companies Rules, 2014, is duly stamped, dated, and it is executed by or on the account of the transferor and the transferee and stipulates all the necessary details such as name, address, occupation if any.

It needs to be represented in front of the company by either participant within 60 days from the date of execution, it also needs to have a certificate of securities or letter of allotment of available securities.

This will come to action when the application for transmission of shares along with related documents found valid. And there is no need to execute the transfer deed.

Deadline for Delivery of a Certificate in both Cases

In case of transfer of shares, Certificates of all securities should be transferred or transmitted within one month from the date of receipt of the instrument of transfer by every company or intimation of transmission notice as applicable unless restricted by any provision of law or by any tribunal or court order or order by any other authorities.

In the event of any omission in compliance with the above, the penalty on the company shall not be less than ₹ 25,000, but which may increase up to ₹ 5,000,000, and every officer of the company who is in default shall be punishable with a penalty less than ₹ 10,000 which can be also increased up to ₹ 1,00,000.