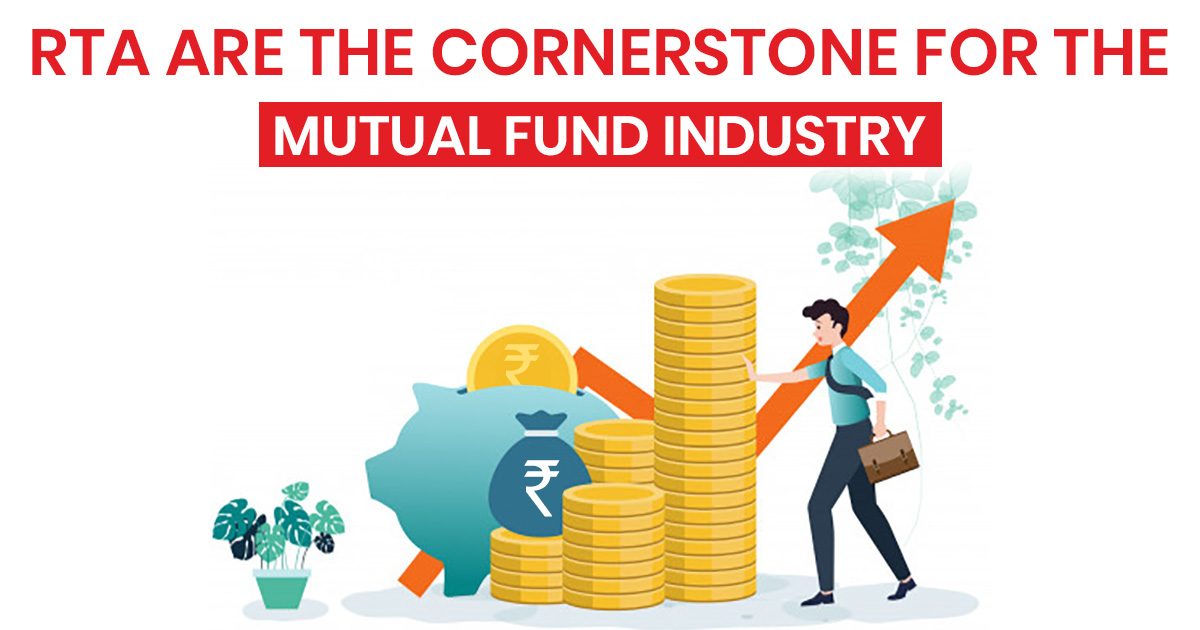 Technology plays a stellar role in the growth and service of any industry. It can very well be justified if we take an example of a flourishing industry of mutual funds. Mutual Funds have reached the crest of success with the use of advanced technology that is largely catered and upgraded by Registrar & Transfers Agent.

The matter of fact is Mutual fund industry adopted the technology at an infant age and this is the reason why this industry is the most successful among the sectors of Banking, Insurance, and Pension, at a budding age of just mere two-and-a-half decades.

Registrar and Transfer Agent are like a cornerstone for the mutual fund industry whose success rate and the surge is highly dependent on technology. Take innovative platforms such as online transaction systems, intermediary interfaces, online tools for investors & distributors, or data sharing, all are based on technology.

Technology has made it possible to encash money within a few minutes which was transferred into a bank account, to redeem the payouts which were uploaded directly onto the bank’s system via a server-to-server integration. Further, a Step-up or Any-day SIP with insurance and asset allocation have been made feasible only with technology.

Let’s now take our focus on why RTA is envisioned as the foundation of the complete mutual fund’s ecosystem and how it backs the stakeholders of this industry. Registrar and Share Transfer Agent caters to the fund accountants, asset management companies (AMCs), exchanges, couriers and postal agencies, depositories and depository participants, mutual fund utilities, channel partners, payment aggregators and banks with uninterrupted interfaces and other services. The RTA process all the data and details from various origins and different formats.

RTAs’ systems accept input files and generate the output files as per the need or wish of the stakeholders. The RTA system takes data from multiple stakeholders in various formats, converts and preserves them in its database in the format desired or needed.

Notably, the RTA industry is still at an evolutionary stage. Even at this phase, where there are so many administrative ground rules and alterations in procedure and products which are introduced by stakeholders, altogether within abbreviated timeframes. It is the cutting-edge technology of the RTAs that let these changes take place.

The efforts of RTAs towards supporting stakeholder is undeniable and moreover, the RTAs keep upgrading their system and software to ensure security, reliability, and confidentiality to curtail the related risks while keeping itself user-friendly.

Along with supporting the introduction of game-changing products, their variants, and regulatory changes so promptly, RTA also motivates stakeholders also to step ahead towards innovations and come up with new ideas with the least technological changes on their side.

RTAs’ technology is a game-changer, it has downturned the number of complaints even though the investor base and transactions have grown tremendously and continuously in the past few years. This confirms that RTA’s technologies are high-end and compliant to the statutes.

As far as the operations of Mutual funds are concerned, Registrar & Share Transfer Agent systems and its potencies have boosted the confidence of regulators, clients, and other stakeholders to bring in leading-edge or pioneer projects & products, systems, and procedures in a dynamic way within a short period.

RTAs operate in a dynamic market where there is a plethora of transacting channels such as service centers, online systems, SMS, mobile apps, debit cards, exchanges, mutual fund utilities, etc, and still serves as one of the most effective and efficient customer services. RTAs have led the Mutual fund industry to move parallel to the bank services and finally took it ahead.