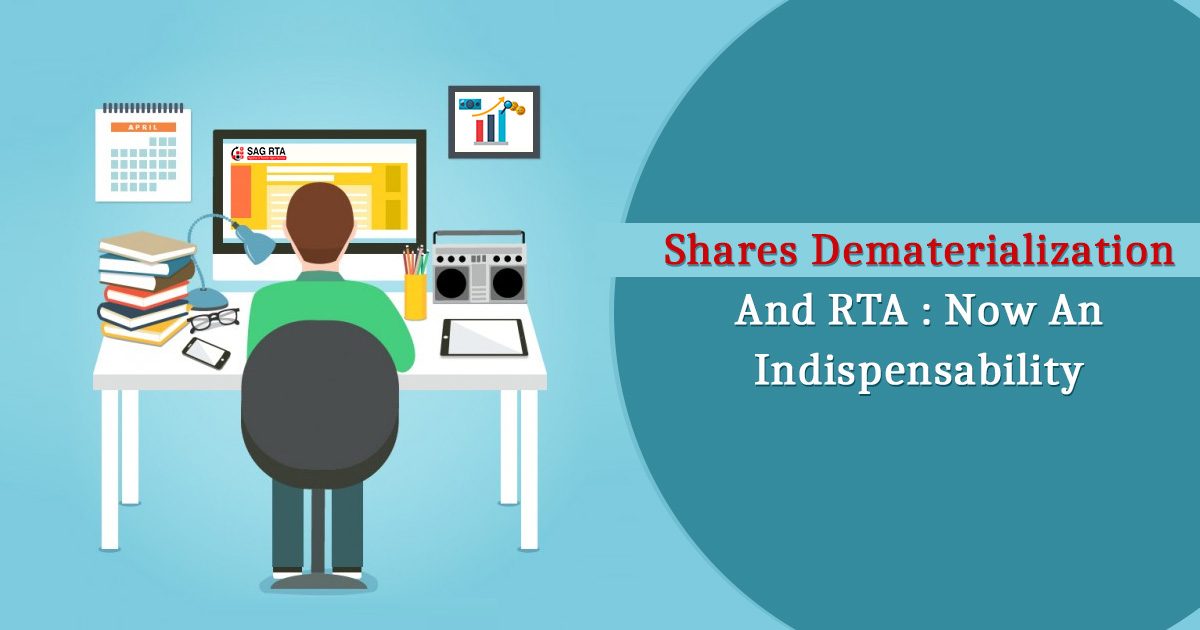 However, the amendment to Regulation 40 of Listing Obligation and Disclosure Requirements by SEBI mandated the Demat mode for the payment of market trades in listed securities. This notified that the securities can be transferred in dematerialized form only w.e.f 5th December 2018. The date was then extended by SEBI to April 1, 2019. Also as per the latest notification of the companies act 2019, it was required to mandatorily keep the shares and securities in the Demat form from 24th October 2018 which in turn makes companies unable to transfer physical shares and certificates from 1st October 2019.

Shareholders need to contact a SEBI registered Depository Participant (DP) to get a Demat account opened in their name.

The process of dematerialisation of shares involves the following steps:

In some cases, it continues with:

For any queries or assistance, you may contact any SEBI-registered Registrar & Transfer Agent. SAG RTA is a SEBI accredited category 1st service provider of all basic registrar & transfer agent services such as recording transactions, securities dematerialisation via NSDL, CDSL depository; changes in personal details; dividend payment through ECS transfer, along with additional services such as the settlement of EPF claims, regulatory reporting to the authorities; etc.