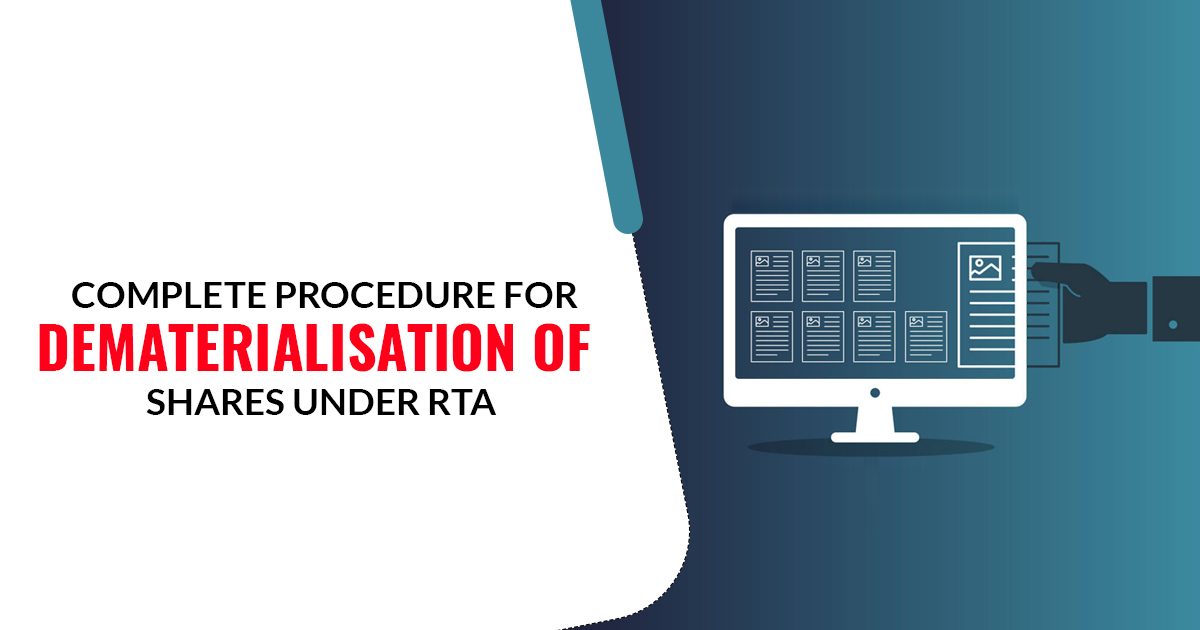 The Depository Participant (DP) is the Agent who is the mediator between the Company and the Actual Depository. So basically, Dematerialisation is the shift from Actual stock certificates to electronic recording.

What should be done by a Company to get its shares Dematerialized?

There are some procedures framed by depositories like NSDL and CDSL which are required to be followed by the Company who wishes to get its physical shares Dematerialized.

Below are the general steps involved in the process:

Transfer of shares by an individual in form

Note, that Registrar & Share Transfer Agent plays a important role in the complete procedure of share transfer as well as documentation on behalf of the investor and mutual fund houses. They carry all the background documentation in check for actively supporting the fund house and investors data requirements from time to time.