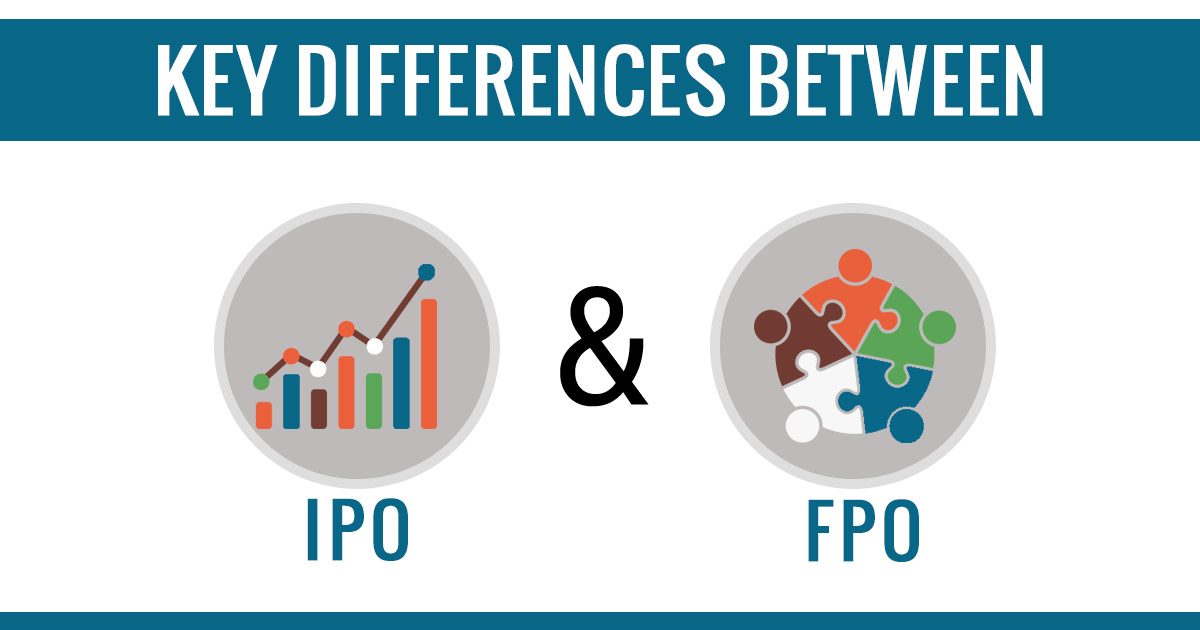 Being an investor or shareholder, it is essential to have an idea about the key distinctions between an Initial Public Offering (IPO) and Follow On Public Offer (FPO). The first and the most significant difference between both of them is that IPO is always offered for the very first time whereas an FPO will never be offered for the first time.

If we talk about the FPO specifically, then it is always offered after an initial public offering is completed. To be more succinct, IPO is done for the first time only whereas an FPO can be offered for a second, third or even fourth time in an attempt to acquire resources from the market. Both the events are conducted with a common objective of raising capital from the market. Often, an IPO is conducted whenever any venture capitalist or a private shareholder expresses a desire to sell his/her shares.

IPO is an immensely popular mechanism that is employed by firm owners to fund the present business of the company by listing their company shares on the stock exchange, which popularly termed among the corporate class as ‘going public’.

On the other hand, the shares are already listed on the exchange in case of an FPO.

The Indian government has also organized many FPOs to reduce their stakes or ownership from companies. Engineer India and Oil India FPOs are some of the classic examples of it.

There have also been many IPOs in India and Cafe Coffee Day Enterprises IPO is a popular example of the same. However, an element of risk always persists in the case of an IPO as you as an investor do not have an idea about the price at which the shares would be listed in an IPO and whether you would be able to make money through the same IPO. An FPO is comparatively less risky and easy to subscribe in comparison to IPO as you already know the listed share prices.

Here are Some of the Key Differences Between an IPO and FPO in a Tabular Format:

FPOs are organized very less in comparison to IPOs in present times. In fact, the frequency of IPOs has also decreased drastically these days. But, if one needs to get listed, then an IPO becomes mandatory for the same.