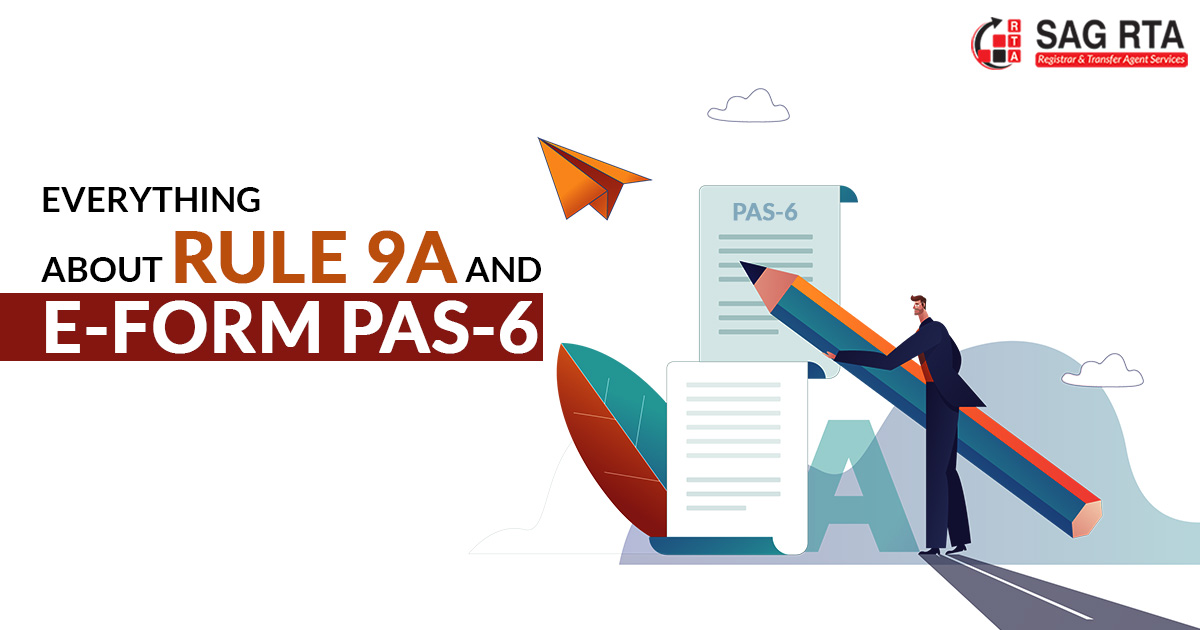 All the unlisted Public companies except Nidhi Company, Government Company, or wholly-owned subsidiary company need to issue the securities in only dematerialized form. It was made mandatory with notification released on September 10, 2018, Rule 9A of Companies (Prospectus and Allotment of Securities) Rules, 2014, was inserted.

In this article, we are providing details of Rule 9A of Companies (Prospectus and Allotment of Securities) Rules, 2014 and all the other details required while Filing e-Form PAS-6 (Reconciliation of Share Capital Audit Report on a half-yearly basis.)

Responsibilities of the unlisted public companies under rule 9A

Every Unlisted Public Company shall

Every holder of securities of Unlisted Public Company

You need to keep in mind that A private company that is a subsidiary of a public company falls under Rule 9A.

Let’s take a look at the details required while filing of Form PAS-6.

It is to be noted that, Under this rule, complaints of security holders of non-registered public companies will be filed before the IEPF Authority

That’s all about Rule 9A and Form PAS-6, this article is prepared and published for information purposes on the basis of details available at the time of the preparation. However, if you want to know more or have more details feel free to contact us.

SAG RTA (Registrar and Share Transfer Agent) is the best agency for complete RTA based Services such as dematerialization, miscellaneous RTA process like name, address change. Also, the SAG RTA handles complete operational duties of its mutual fund clients to cater to their back-office related compliance.

SAG RTA is the first Registrar and Transfer Agent in Rajasthan and has headquarters behind world trade park with complete modern infrastructure having the latest desktops machines and intercom along with 50+ expert executives.