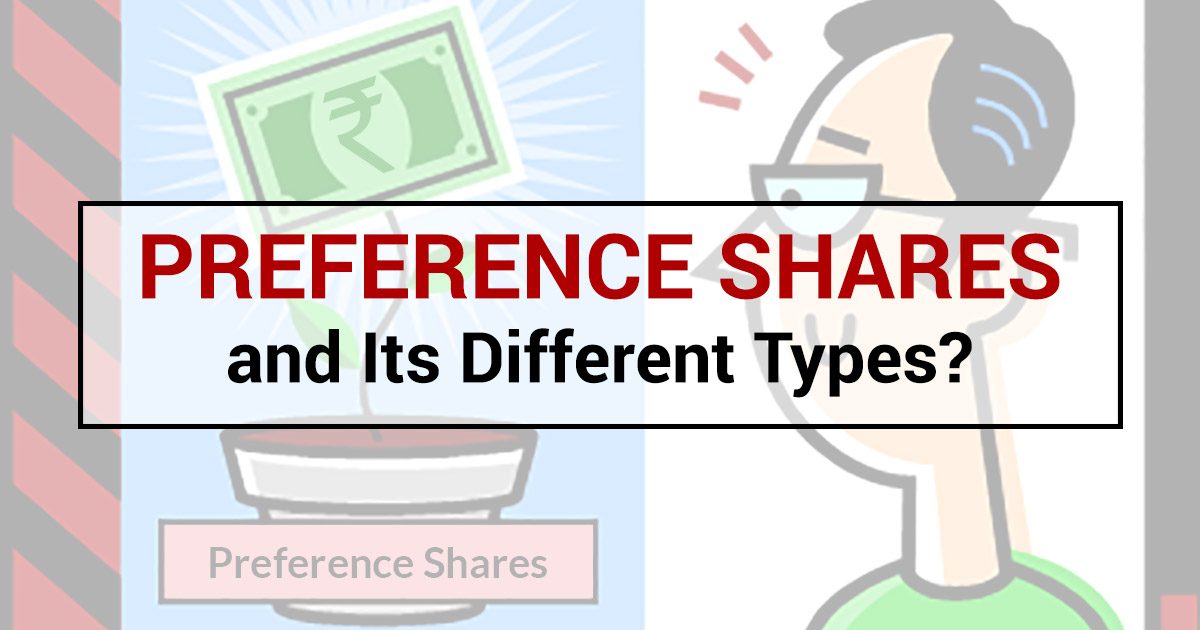 To clarify things a bit more, when a particular individual buys shares of any specific company, he/she becomes part-owner of the same firm. Therefore, the person is known as a common shareholder or equity shareholder. But, one cannot directly become a preference shareholder as they are generally the people who own the capability to buy a large chunk of company shares and such shareholders are also pre-decided by the board members by passing a special resolution.

The preference shareholders generally include company promoters, large VCs, financial institutions, and board of directors of a company.

Preference shares are also known as the preferred stock or preferred shares and can be any combination of attributes, i.e. features of both equity and debt.

To Give You a Detailed Idea, Different Types of Preference Shares are Mentioned Underneath:

Cumulative preference share mainly refers to those shares which have a right of dividend even in those years when a company does not make any significant profits. The companies are bound to pay the unpaid dividend on preference shares before they made any payment of dividends to equity shareholders.

If a company skips paying the dividend on preference shares in a ‘no profit’ year, then such unpaid dividend is called arrear. The arrears accumulate for every subsequent year and must be paid out of profits by the company.

It is very evident from the name; the dividends on these shares do not accumulate every subsequent year in case if they are unpaid when due. Non-cumulative shares have reverse characteristics to cumulative shares which also means that dividends on such shares are only paid from the profits made in a given/same year.

If any particular company does not make a satisfactory profit, then non-cumulative preference shareholders get zero or partial dividends whereas arrears do not get carried forward in subsequent years.

As per Section 80 of the Companies Act, the preference shares, which can be redeemed or repaid after a specific time period or at the company discretion are generally known as the redeemable preference shares. Such shares are permanent in nature until a specific company goes to the liquidation and in that case, such shares resemble the equity shares.

As the name suggests, these shares cannot be redeemed by the shareholders and are also at the option of the company, until it becomes defunct. So, the shareholders, in this case, are strongly advised to find alternative ways of investment for getting an equal amount of sum that he invested in non-redeemable shares. So, investment in equity shares is also more profitable in this particular case.

Convertible share is the ones which can be easily converted into the equity share at a specific rate that is pinned on the expiry of a stated period. The holder of such shares enjoys the right to convert their shares into equity ones within a specific period.

This is also because preference shareholder leaves the company extra earnings/profits in lieu of their right to receive the stated dividends each year.