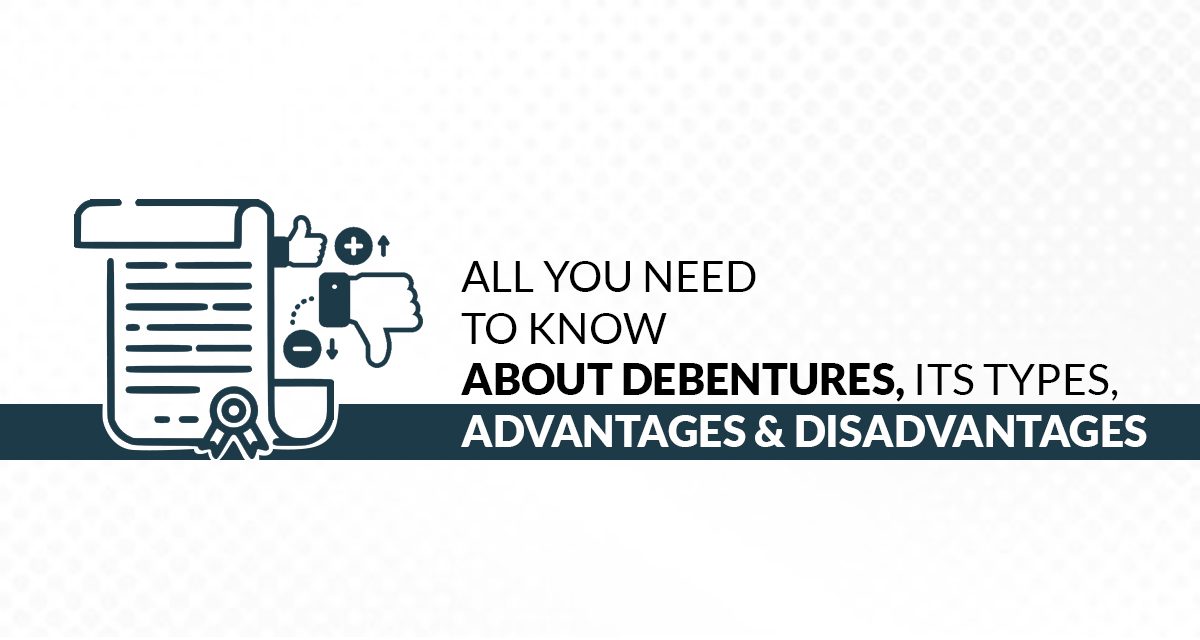 A Debenture generally refers to a document that is issued by the company as evidence of its debt towards the debenture holders at a fixed rate of interest.

In layman terms, you can mark the debenture document as the acknowledgment receipt of the company’s indebtedness towards its holders. Debentures are also known as the bond, which is generally an IOU between the borrower and the lender.

What is the Need to Issue Debentures?

The answer to this question is very simple.

Debentures are used as a loan instrument by the company owners to raise long-term debt capital from cautious investors through the issue of debentures for business expansion.

Debentures offer definitive investment security, safety as well as fixed rate of interest to the cautious investors; hence the company owners issues them so that they can quickly lend some money without getting stuck in lengthy bank loan and administrative processes.

Lastly, the companies also sometimes do not want to rely on their share capital solely. Although, it is beneficial for the company’s point of view, but some investors are too hesitant to invest in the risk capital of the company. Therefore, to attract such investors, debentures are issued by the company.

What are the Advantages and Disadvantages of Debentures?

From the Company’s Viewpoint

Read More: What is the Need, Process, and Benefits of Preferential Allotment of Shares?

From the Company’s Viewpoint

What are the Different Types of Debentures?

1. On the Basis of Registration

Bearer or unregistered debentures are the ones which are easily transferable by mere delivery as it is not required for the debenture holders to record their names in the transfer register. The interest is also payable to the bearers.

2. On the Basis of Security

3. On the Basis of Redemption

Redeemable debentures are the ones which are payable after a specific time interval as per the pre-decided terms. Sometimes such debentures can be redeemed early by the holders as per the company’s discretion.

These debentures are also known as the perpetual debentures and are not repayable during the lifetime of the company along with no obligation from the company’s side to pay the principal amount of the same.

4. On the Basis of Conversion

Convertible debentures are the ones which can be easily transferred into equity or preference shares after a certain period as per the holder’s discretion.

The debentures which cannot be transferred or converted into the equity or preference shares post a certain time period are known as the non-convertible debentures.

5. On the Basis of Priority

The debentures that are issued with security for being paid first at the time of company winding up are known as the preferred debentures.

Ordinary debentures are the ones that are issued with mortgaging any asset and are paid after the preferred debentures during the winding up period.

6. On the Basis of Status

Equitable debentures are the ones that are secured by the title deeds of the property with memorandum creating a charge. In these types of debentures, property of debentures remains with the company itself.

Legal Debentures are those which are secured by the transfer of legal ownership of the property from the issuer to the holders.

7. Based on the Pari Passu Clause

The secured debentures, which are discharged rateably are popularly known as the debentures with Pari Passu clause. Even though, such debentures are issued on different dates.